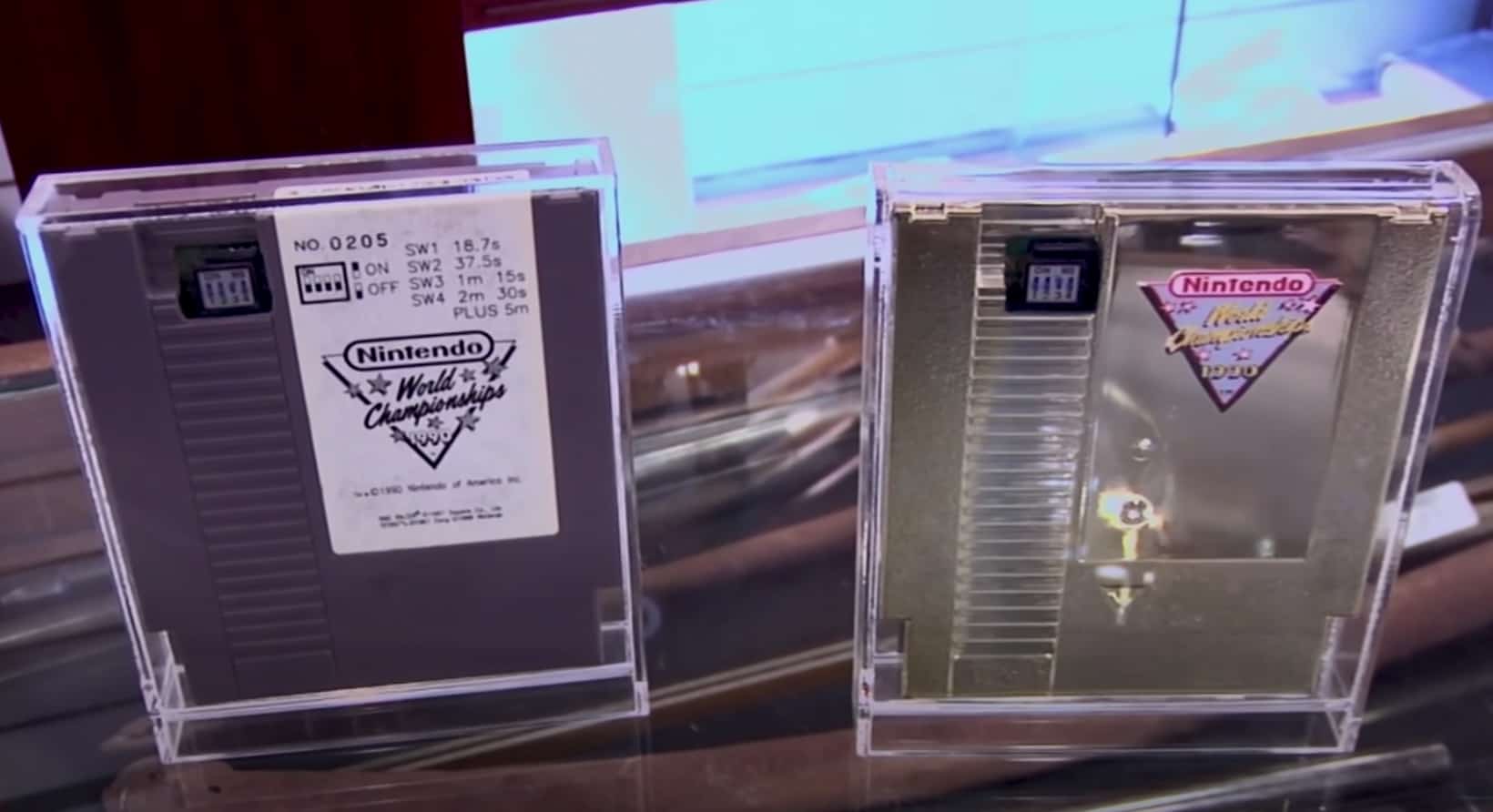 Ever wonder what the Nintendo World Championship cartridge values is? This is a great question and many factors come into that equation. But first off, let’s educate those who may not even know what they are and where they came from.

What Is A Nintendo World Championship Cart?

Enthusiasts and collectors refer to them as an NWC (Nintendo World Championship) Cart (Cartridge). There were 2 different types of NWC carts that exist (outside of fakes).

The NWC grey cartridges were used by the finalists each cart having their own number that can be tied to that specific contestant. The carts were different from any other in that they had dip switches in the top left corner (see image) that changed the time limits in each game. The official contest had them set to: 1=off 2=off 3=on 4=off as shown below. 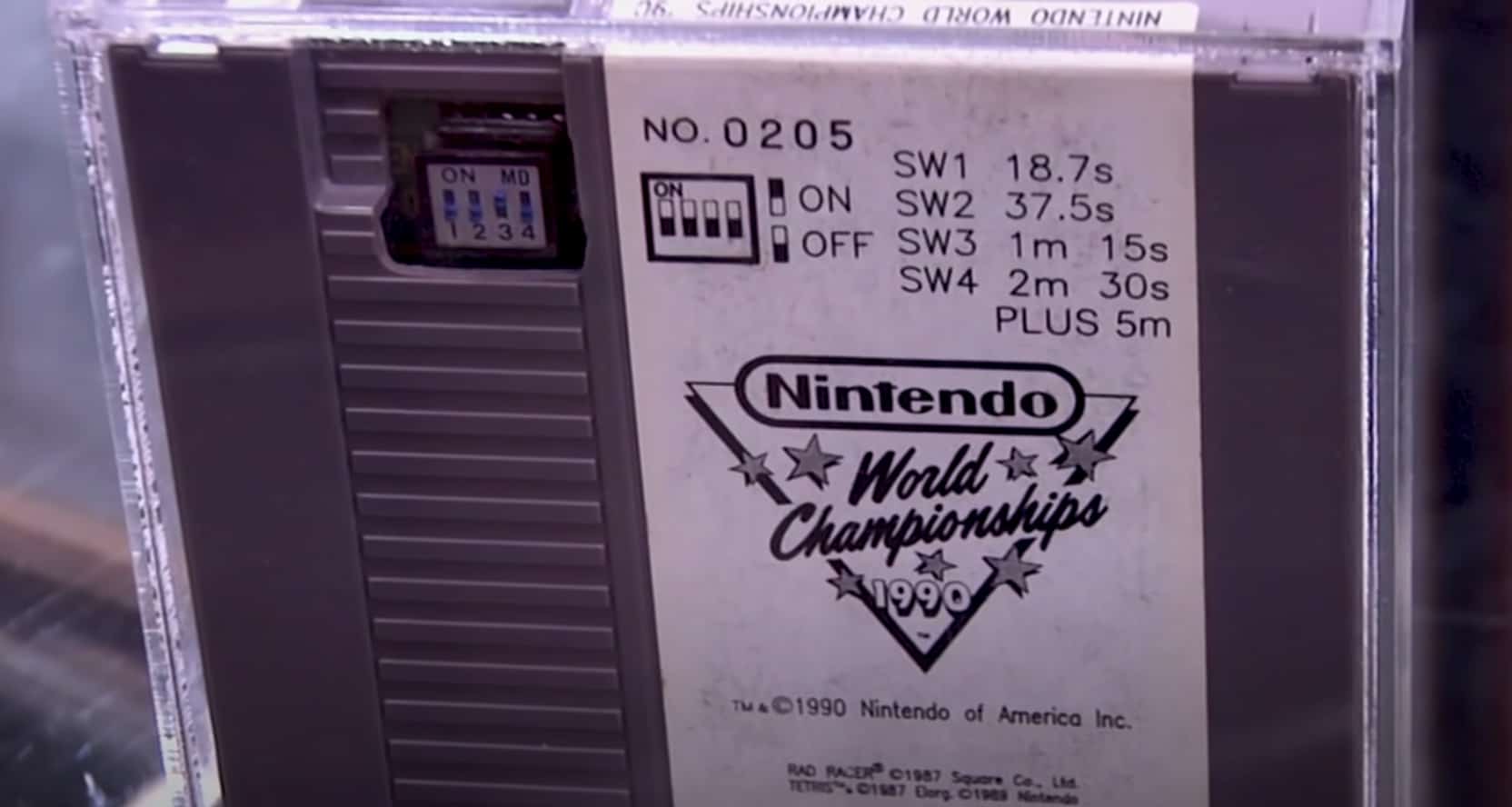 The three games on the carts were modified versions of Super Mario Bros., Rad Racer, & Tetris.

The Second version of the NWC cart is the famous “Gold Cart” which is also referred to by many collectors as the holy grail NES cartridge (NES being short for Nintendo Entertainment System). Only 26 of these gold cartridges were given away as part of a Nintendo Power magazine contest they had around the same time. Most of the gold carts have either surfaced of been tracked down but not all. 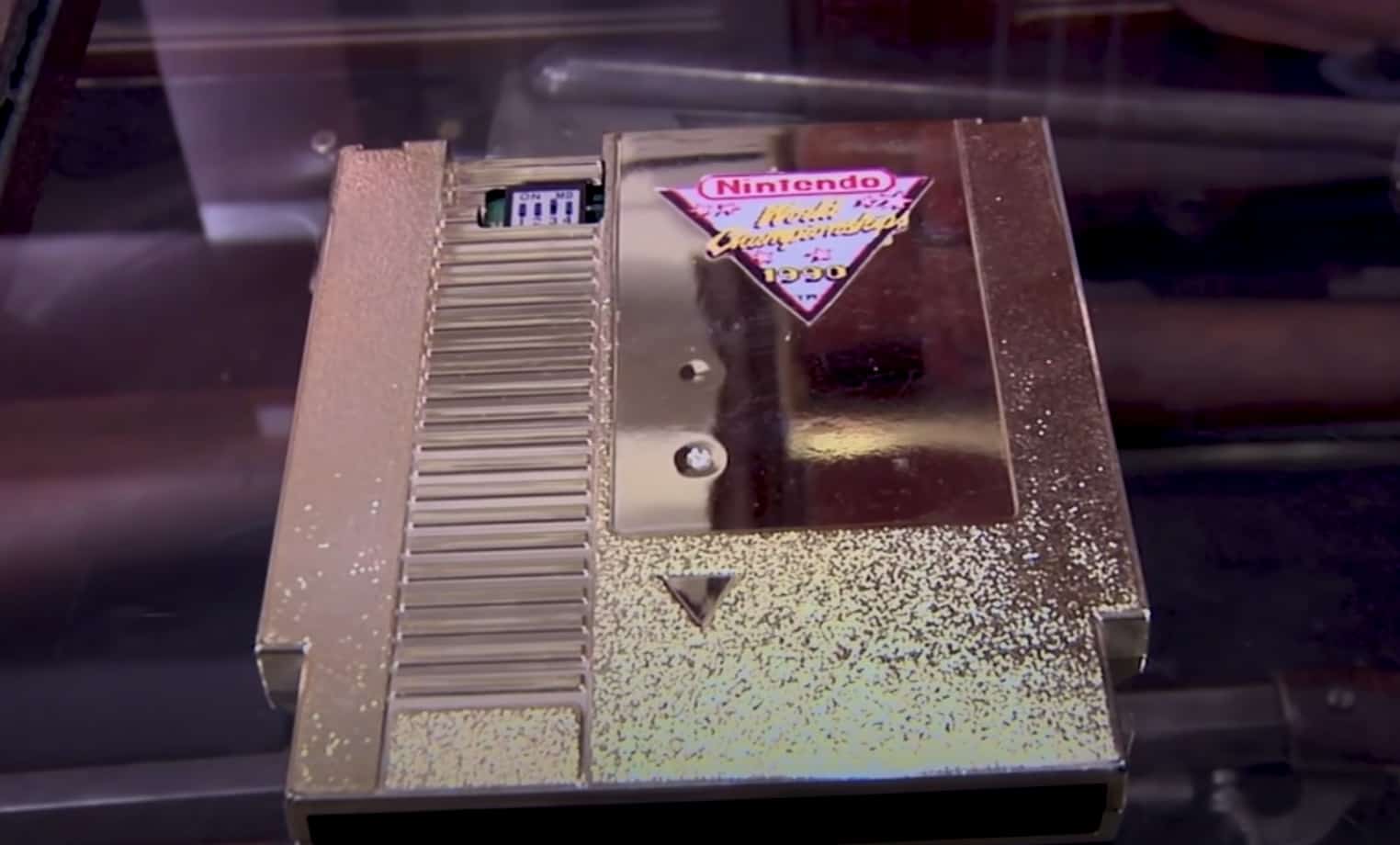 Ok, let’s get to the brass tax here. What is the value of a grey cart? First off, lets look at the main few factors to consider when you are selling, or even buying one:

With these factors taken into account, I will make a list below of what I feel as of 3-30-2021 prices are:

That is about as accurate as I can be and honest to. These prices vary as a sellers ideas of condition versus a collectors can be different from my experience. If you are looking to sell one and would like more details and thoughts, please feel free to reach out to me at [email protected]. 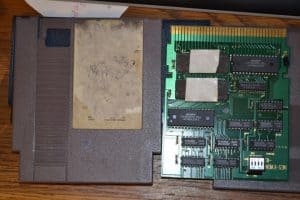 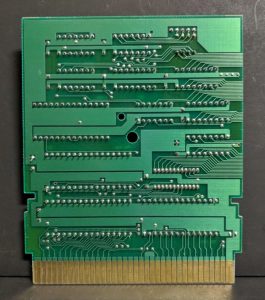 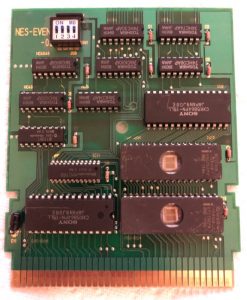 This is very similar to the grey cart in terms of what factors come into play so please read those factors above.

This one will be a little tricky as sales are very rear, but lets take a shot anyway (please just use these as reference as they are always changing):

Basically triple or more what a grey cart is. It is a crazy amount of money, but I do know people who are looking for them and willing to pay full price.

Have All The NWC Carts Been Found?

The quick answer is no. According to video gaming folk lore, there are still both grey and gold carts that have not been found. To be honest, a lot of them may never be found as things do get thrown away for many reasons. Kids move out and parents just consider it trash is one reason. You do have to remember that back in the late 90’s and early 2000’s you could go to almost any garage sale and find Nintendo games for $1 a piece, sometimes even less. Needless to say, not all of the gray cartridges have been recouped either.

I believe back in 2009-2010 (I can’t quite remember), there was a short line of NWC grey reproduction cartridge games that were sold. The intensions of them were not to scam people, but to remember the past and be able to play it at home at a fraction of the cost ($50-$100 for the repro). I remember it came with mixed reviews as it looked like the original so well, that it was hard to tell them apart. Some collectors took offense to this (as some always do) and saw it as a bad thing that people can resell to scam people with. I personally thought it was cool as heck and wanted one but they sold out FAST! I think there were about 100 of those made. With that said, there are some other fakes out there. The one way to tell a fake from the real deal is to open the shell and see the board and inside of the shell. That is incredibly hard to fake (refer to images a little above).

I really hope you enjoyed this article on the Nintendo World Championships Cartridge Value. If you have information on any of the carts that has not been mentioned above or more evidence/ facts/ or stories about them, please email me at [email protected] and let me know.

If you are looking to sell any grey or gold NWC game cartridges, please email me or click the button below that will take you to a form to get more information.

PS, I hope to be doing another article on other Nintendo video game competition cartridges as well like the Nintendo campus challenge cartridge. This cartridge along with the NWC’s hold a special place in gaming history and should be properly remembered for generations to come.

In searching for protective cases for my video games, I have come across few that

So what good are all the fun video game stories, knowledge, and history if you

﻿ Who remembers playing Oregon Trail in school? If you went to school in the

Places To Sell Video Games For Cash Near Me