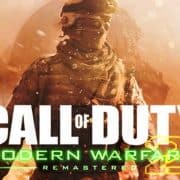 Is it finally here? I have blogged about this before and wanted it forever, could they finally be giving so many of us what we want?

Any true COD player can remember the day that MW2 came out. I was a Halo player myself, but some of my halo buddies played COD, so I stood in line with them at midnight and got my first Modern Warfare game which was MW2. We all rushed back home and played till the daylight popped through the windows. It took some time to memorize the maps, but then it was game on. If you were ever shot in the face by DARXSIDE, that was me, sorry not sorry 🥰. Final kill cam was either the best thing, or the worst thing ever. Either way it was very funny and entertaining. So many great memories of Favela brawls, or climbing up the crane in Highrise and people wondering how you got up there.

Then, MW3 came out and soon after that, XBOX One came out and MW2 faded away for a lot of gamers. I know a lot of people stayed and continued to play, but it seemed like there were a lot more glitches and they may have moved it to smaller, slower servers as the game play just didn’t feel the same. Maybe that is me making excuses because I suck, but that is how it felt (thats what she said 😁).

So the rumor is that in the October release of Modern Warfare 4, that they will also have MW2 remastered as a part of that. Much like they did with Modern Warfare One 2 years ago. I had fun and enjoyed playing that as well, but MW2 was such a jump ahead of that with more weapons and better maps. This could all be teaser information that we are hearing, but hey, why not do it right? They will make a lot more money if they do.

I will keep you posted and update this as we find out more….