In 1985 the world of video gaming changed not just for me but millions of kids across the world. Why?, because of the first release of the Nintendo Entertainment System (NES) as most people call it.

The first release was not the “Deluxe Set” but a similar looking box that was a test market set that they made 100,000 systems (see picture below).

After the test market set was completely sold, Nintendo then decided it was enough of a hit to continue on and they then release the Deluxe Set which most people in 1985 would buy either in stores or through the good old Sears catalog. Many days I spent staring at the system and the prices as did many other kids.

As you can see with the two pictures, they look close to each other, but there are some noticeable differences. If you aren’t paying attention, you can pass off one for the other just for the fact that it is the same size box with a lot of the same images and colors. I see people all the time call them both “Deluxe Sets” which does make it easier, but not entirely true.

Ok so we know so far that there are 2 variations, the test market set and the Deluxe Set. Are there more? As many collectors honestly don’t know, I’m going to help you out and fill you in…yes there are. So what are they? Here is a list of variations that I know for sure and in order of release:

Ok, the magic question…what are they worth Matt? So many factors play in to that question. It is not a cop out for me to say that either. Condition and how complete it is makes all the difference. Some of the most important parts are things like having the right games and their boxes. I have been offered many a systems that people wanted top dollar for, but they were missing the game boxes (which are the most expensive part typically). Especially for the test market system. The price difference can easily change $1,000+ depending on if it has the right games in it or not. Then, the condition of those games/ boxes.

With all of that said, I am going to give a general average price that I see and spend on these. That is not to say they can’t be higher or lower. This is just an average based on actual sold items by either eBay or myself.

The first prices will be the systems that are complete and in good to great condition:

This next set of prices will be average systems that are typically missing a part or piece and in rougher conditions:

So What Do The Insides Of A Deluxe Set Look Like?

Here are pictures of one of my deluxe sets and what you should expect to see: 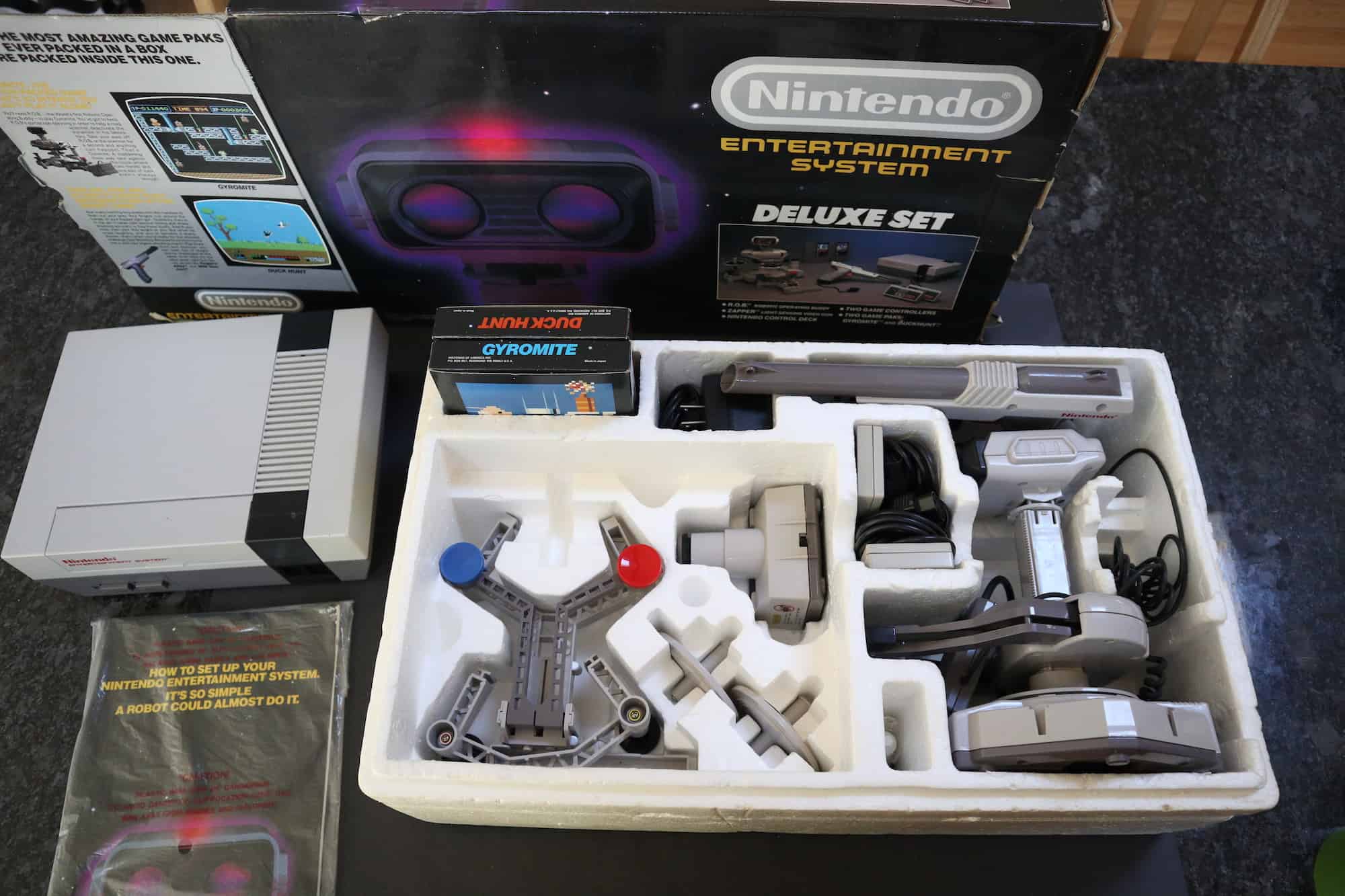 To give you a general idea, If I were to sell the above Deluxe System (which I am not), I would expect $400-450ish. Why you may ask? well, if you notice The game boxes are really nice which is important, but the system shows some wear and I am missing baggies for for ROB, the zapper, the controllers, the power pack, and the tv converter. Small things add up for collectors and value.

In searching for protective cases for my video games, I have come across few that

Ever wonder what the Nintendo World Championship cartridge values is? This is a great question

So what good are all the fun video game stories, knowledge, and history if you

Places To Sell Video Games For Cash Near Me